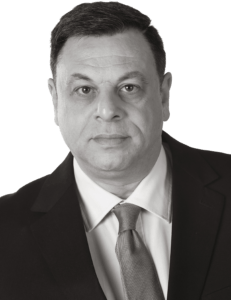 He started writing poems at the age of 5.

He started performing in theatre at the age of 9, under the guidance of his mentor Mario Forella and gained a Diploma in Acting and Directing in 1992, at Starline in Cinecittà (Rome).

He established and directed three theatre companies, the most recent being the Compagnia Stabile del Teatro R&G Govi in Genoa where he also carried the role of Production Director.

For over 15 years, other than working as an actor and director, he taught drama at his company Performing Arts Academy, in secondary schools and colleges.

In over thirty years of performing and directing, he took part in over eighty productions, ranging from comedy to classic and modern. This huge passion, other than those for football and Iron Maiden, has always characterized him and drives him even to this day.

In 2013 he moved to the United Kingdom where he currently lives with his family.

As an author, in 1991 he published the poetry book Love Theatre Melancony. In 2020 he translated into Italian for Tsunami Edizioni the book “Loopyworld – The Iron Maiden Years” written by the former band’s roadie Steve “Loopy” Newhouse, out in 2022.